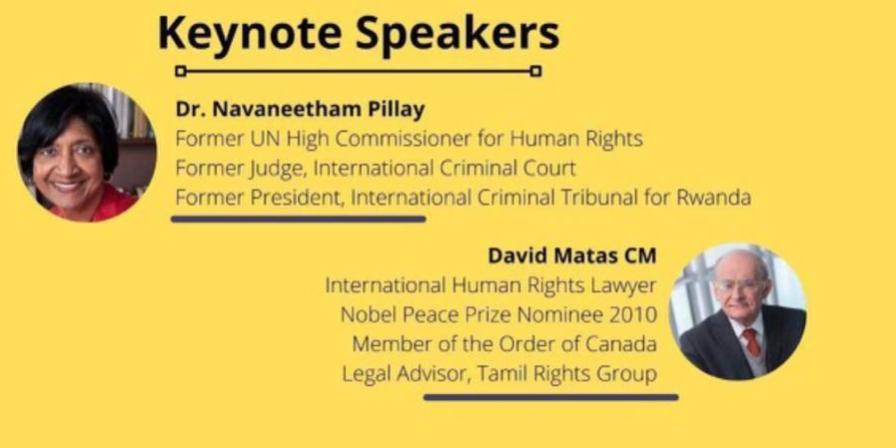 David Matas, the legal advisor at the Tamil Rights Group, spoke shortly after Nickel and highlighted the devastating cost landgrabs have had on the Tamil community.

“There is already in Sri Lanka a substantial internally displaced Tamil population and tens of thousands of victims of land expropriation without compensation”, he stated.

He further highlighted that:

“There are approximately 100,000, refugees in India who are Tamils from Sri Lanka without access either to an Indian, or a UNHCR refugee determination”.

‘The former government frequently posted acquisition orders for high-security zone lands that were inaccessible to property owners, many of whom initiated court cases including fundamental rights cases before the Supreme Court to challenge these acquisitions,’ Matas highlights.

“Although high security zones had no legal framework following the lapse of emergency regulations in 2011, they still existed and remained off-limits to civilians” he further notes.

Matas also highlights that “the military held lands if viewed as economically valuable […] and that the military possession of land denied livelihood to the local population”.

He further highlights the findings of an Oakland Institute report which exposes that the military continues to occupy vast amounts of land in Jaffna, Kilinochchi, Mullaitivu and Batticaloa. While civilian resettlement has been allowed in some areas […] these areas remained under extreme militarisation.

“The military continues to occupy the North and East, at an extreme degree, with roughly one military member for every six civilians”, he added.

Matas highlights the concern about the situation of internally displaced persons, a majority of whom belong to the Tamil, Moor and Muslim ethnic groups who continue to remain displaced and face challenging living conditions and accounts and delays in reintegration into society.

“The Tamil Rights Group have proposed to the Government of Canada, a wide-ranging set of amendments to the current draft resolution. One of these proposed amendments is to express […]concern over the continued confiscation of Tamil lands”, Matas concluded.