The Tamil Rights Group (TRG) brings together activists directly connected to the struggle for Eelam Tamil rights since the early 1970s while also recognizing the historical importance of ensuring continuity for the next generation of advocates. 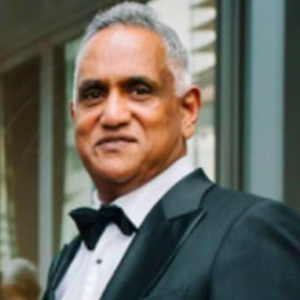 Das has been a passionate advocate for Tamil rights since the early 1970s when he was a political prisoner and survived torture at the hands of the Sri Lankan state. He is the inaugural President of Tamil Rights Group, a recently established international advocacy not-for-profit focused on legal advocacy for justice, accountability, and a just political solution for Eelam Tamils. Das is also the Patron of the Srinarayanathas Foundation, a registered charitable private foundation in Canada. 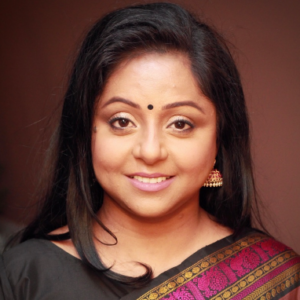 Katpana Nagendra migrated to Canada in 1985 after being displaced during the 1983 anti-Tamil pogrom while residing in Colombo, Sri Lanka. Since then, she has been a long-time advocate for human rights issues and strived to ensure accountability and justice for Eelam Tamils. She then returned for the first time as a member of the Tamil Student Volunteer Program (TSVP) internship program to teach English-as-a-Second Language at post-secondary institutes and local orphanages in and around Kilinochchi.

Katpana is also a professionally trained Bharatanatyam performer and has completed her arangetram in Chennai, India. She currently resides in Vancouver, Canada and works in sales and marketing for a chemical distribution company. 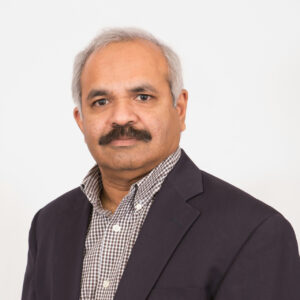 Punidadas Piyasena is a former research scientist, engineer, and academic with nearly 40 years of experience working in food safety engineering in Sri Lanka, United States, and Canada. Since 2017, Punidadas has been involved in land development and real estate property management in markets outside of the Greater Toronto Area in Ontario, Canada. 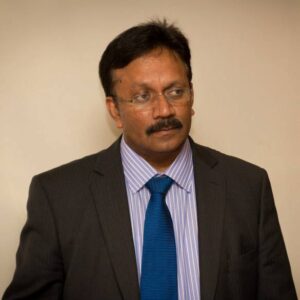 Charles Antonidas’ political activism began in the early 1970s in Ceylon with student activism that continued in the United Kingdom during the late ’70s where he has been domiciled for much of his life. He was an engineering analyst by profession for 25 years. Charles worked for Tamil Rights Group (not affiliated with the current TRG) to advocate for Tamil rights with British parliamentarians in 1980-83. He was also one of the pioneer members of the Central British Fund for Tamils Relief and Rehabilitation (CBF) from 1980-84. Charles facilitated establishing the Gandhiyam branch in London under the auspices of CBF.

After the 1983 anti-Tamil pogrom, Charles formulated new campaigns internationally and worked for the Eelam National Liberation Front (ENLF), the only platform that evolved as an authoritative representative body for united efforts in 1984-1986. He was a member of the Tamil delegation at the historical Thimphu and Delhi peace talks with the Government of Sri Lanka and Government of India respectively.

Charles is a firm believer in the equality of nations and peoples as an essential component for sustainable peace and development. He also believes in the rights of national minorities and indigenous communities in Sri Lanka. He remains an active member of many rights-activisms seeking political solution narrated by the victims of atrocity crimes for transitional justice. 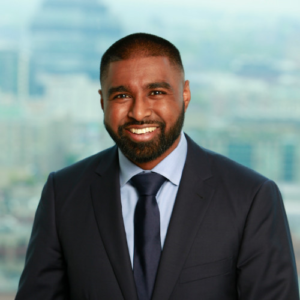 Haran Viswanathan is currently a senior associate in Baker & McKenzie’s Transactional Group in Toronto, Canada. His practice primarily focuses on domestic and cross-border M&A, public and private financings, corporate re-organisations, regulatory compliance, and general corporate and securities law matters. Prior to his current role. Haran was in-house counsel for a global oil and gas company listed on the Toronto Stock Exchange. 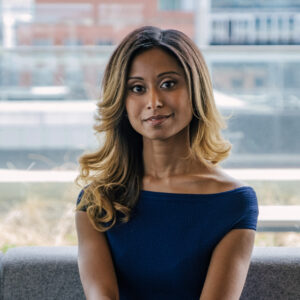 Janani Shanmuganathan is a partner at Goddard & Shanmuganathan LLP, a litigation boutique that practices criminal and regulatory law. She received her undergraduate, Masters degree in Criminology, and her law degree from the University of Toronto. Janani regularly appears at the Ontario Court of Appeal and has been counsel at the Supreme Court of Canada on several appeals. In addition to criminal trials and appeals, Janani does regulatory work, defending professionals subject to investigations and disciplinary proceedings. Outside of the courtroom, Janani lectures at legal education programs on trial and appellate advocacy and is an adjunct professor at Osgoode Hall Law School. She is also on the board of directors of the South Asian Bar Association, a member of the Pro Bono Inmate Appeal Program at the Ontario Court of Appeal and volunteer duty counsel with the Law Society of Ontario. 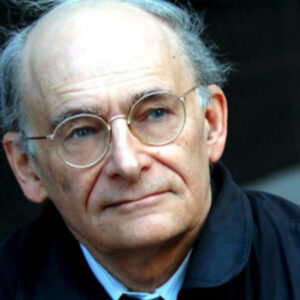 For more than four decades, David Matas has been dedicated to defending the rights of society’s most vulnerable members. A lawyer and recognized authority on human rights, immigration, and refugee law, he has had a marked impact on the evolution and expansion of these fields in Canada and abroad. David has been a valued advisor and human rights observer for the Canadian government and has been sought out for his expertise by several human rights organizations, such as Amnesty International Canada, the Canadian Council for Refugees, and the International Commission of Jurists. He was appointed to the Order of Canada in 2009. David is also a co-founder of the International Tamil Refugee Assistance Network. 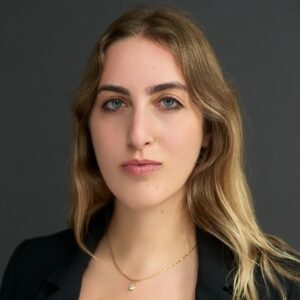 Sarah Teich is a Canadian attorney, consultant and author based in Toronto, Canada. She holds a Juris Doctor degree from the University of Toronto, an M.A. (magna cum laude) in Counter-Terrorism and Homeland Security, and undergraduate degrees in Psychology and Sociology from McGill University. She has also studied law at the National University of Singapore. Sarah has held research positions at the Munk School of Global Affairs (Toronto) and at the International Institute for Counter-Terrorism (ICT) in Israel. She has worked on classified projects for the International Criminal Court (ICC) in The Hague and led a Canadian National Security Working Group delivering policy submissions to the Parliament of Canada. Her current research focuses on international human rights law and national security law and policy. Sarah’s current affiliations include the Canadian Coalition Against Terror (C-CAT), the Canadian Security Research Group (CSRG), and the International Counter-Terrorism Review (ICTR). 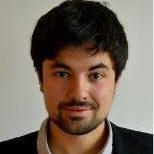 Pedro is a Spanish lawyer, currently based in Sweden pursuing a master’s degree in international human rights law at Lund University. He has worked for several years as a legal advisor for refugees, stateless and economic migrants in Spain. Pedro has actively collaborated with international organisations such as the International Committee of the Red Cross, the United Nations High Commissioner for Refugees, and the European Network on Statelessness. 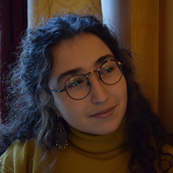 Alex is currently based in Sweden pursuing a master’s degree in international human rights law at Lund University. During her undergraduate LL.B. program at the School of Oriental and African Studies (SOAS), she interned for non-governmental organisations in Nepal and Tunisia, focusing on women’s and LGBTI+ rights. After the completion of her degree, Alex worked as a lawyer at a Greek NGO supporting refugees, in a program of Torture Victims Certification and subsequently in a program offering legal representation to unaccompanied children in asylum and family reunification procedures. 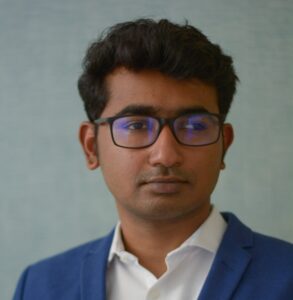 Maxwin is currently pursuing a master’s degree in international human rights law at Lund University and the Raoul Wallenberg Institute of Human Rights and Humanitarian Law in Sweden. During his undergraduate B.A. LL.B. (Hons.) studies at the National Law University Odisha in India, he founded the Ambedkar Study Circle to discuss the intersection of law with caste, inequality, and social justice. Maxwin was also a debater who represented his university in the national debate circuit, and he is passionate about leveraging international law for stateless communities. 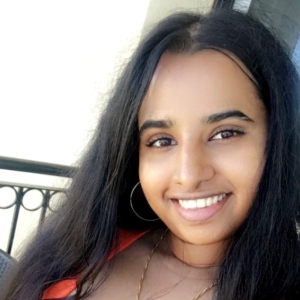 As a second-generation Eelam Tamil orphan from the United Kingdom, Tamilee has developed a deep passion for raising awareness about the human rights violation and genocide of Eelam Tamils. This inspired her to study law. She has raised money to help the paralysed, disabled, and displaced persons of Eelam, and recently started a petition calling the UK Government to investigate crimes against Eelam Tamils which obtained over 10,000 signatures. Tamilee’s resilience in overcoming her personal struggles combined with her continued activism for her community has been recognised by the ‘Yorkshire Asian Young Achievers’ Award. a

Our directors provide leadership to several functional areas of the organisation, including Research & Policy, Membership, Partnerships, and Public Affairs led by subcommittee chairs based in Australia, Canada, Germany, United Kingdom, and United States.

There are also additional Country Coordinators who are adjunct directors of the organisation and provide regional leadership.